I am the co-founder and CEO of Sunday Assembly, a worldwide network of secular communities that celebrate life, and I quit.

I never thought I’d see the day when I left this role. Sunday Assembly is everything I want to do in the world. A living, breathing expression of a philosophy that has kept me going through tough times in life and got me where I am today. Sunday Assembly provides me and thousands of others with huge amounts of joy and changes lives across the world.

I never thought this day would come. But sometimes you just get forced out.

This is a notice that I am quitting the work that I was doing day-to-day and using my time as CEO (I’m not going anywhere!) to do the thing that is needed more than ever – devoting as much of my energies as possible to spreading the word of what Sunday Assembly does.

The work I had been doing managing workflows, tracking deliverables, checking KPIs and a million other things that have to be done but are not what is needed right now (and we have a great team who can do that excellently).

Right now, all I want to do is take out a MASSIVE DRUM.

A drum SO LARGE and SO LOUD that mountains will break and clouds burst.

I want to bang it three times – until there is quiet – and say, politely but firmly:

Humans are a fantastic little species. Capable of enormous nobility, self-sacrifice, pure love and…..capable of hate, dehumanising vitriol and ignorance. We have within us angels and beasts, shooting stars and tar pits*. (*By the way, I do not think that any one side in either the EU Referendum or the Presidential Election had a monopoly on any of those emotions.)

Right now the world, its media, technology and society, is perfectly pitched to exacerbate the worst sides of all of us (and I mean ALL OF US – not just the people you hate). We filter into bubbles then go about hating the other bubble (but the other side are AWFUL, I hear you say).

This cannot be the only way.

So, all I want to do now is to dedicate myself to spreading this message. To bringing people together in places of love and tolerance. To institutionalise kindness and weaponise belonging.

All I want to do is to help people build radically inclusive spaces where we can connect around our common humanity. Where we can disagree with each other without disliking each other.

Because across the developed world disenfranchisement and disconnection stalk the land. The fabric of civil society is rent asunder, old certainties went the same way some time back, taking civil discourse with them.

This means that we can’t just be all “Kumbaya!” about this. Yes, we want the world to sing in perfect harmony but people are being spat on in the street, hate crimes are on the rise and folk are rightly worried. Is now the time for blind hope, Mr. White Man Living In England?

No. It is not time for blind hope.

It is a time for action and, in times of hate, love can be a radical act, hope can be courage and organising people into communities that can help each other can protect the most vulnerable.

So all I want to do – is it so much to ask? – is bring people together in spaces and places that leave no one at the door. To sing the song of my heart, a very simple song: we can be together in love, and acceptance, and we can build the world as it should be.

A world of human flourishing and unity.

A world of hope and possibility.

A world more connected, more understanding and more loving than ever before.

A world where everyone lives life as fully as possible.

It’s a world that we are working to build at Sunday Assembly. It’s why our amazing army of leaders, organisers and volunteers put in hours in their local community. It’s why our brilliant team have left high paying jobs to join the cause. It’s why across the world people fill their lungs with song, their hearts with joy and the souls with hope.

It’s a story we all need to know right now, it’s a story I want to tell everyone in the world.

This means that I am going to have to quit the tasks I was doing and dedicate my time as CEO on communicating. To walk away from the project plans and Trello boards and to concentrate on storytelling because the world is a scary place. There are real threats, and real dangers, but, – and this is a but so big Sir Mixalot would write a sequel – there is hope.

And it is a tale of hope we want to tell. 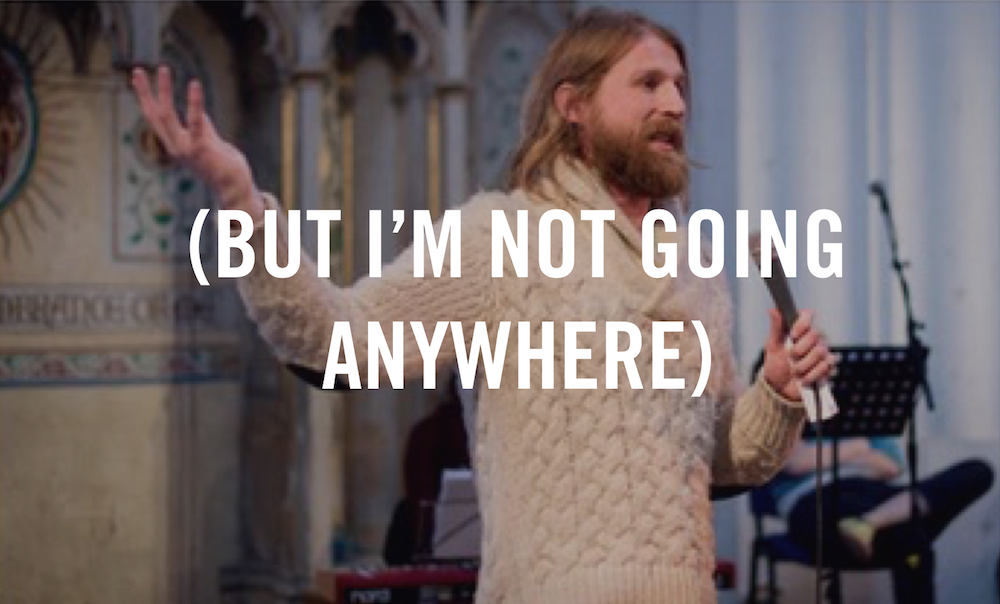 Join A Day Called Wonder 2015 on 4th-6th December for a gathering dedicated to celebrating life, building communities and wondering deeply. Sunday Assembly are […]

Last Sunday in the Conway Hall we had the first ever Sunday Assembly London Vision Day – it was exciting. We outlined the […]

Embarrassing confession time….. When I was a small human child I had 10 marks deducted in a Scripture exam because I spelt […]